Why should I care about privacy, I have nothing to hide

Until a few years back, this question was very difficult to answer. People always perceived privacy in the physical sense. No one grasped the concept of digital privacy, let alone care about it.

You wouldn’t want a stranger to enter your home uninvited, right? So why treat your digital world any different. Your digital world contains private information like conversations, interactions, interests, and transactions that are worth protecting.

With invasive ads and all websites you visit keeping a track of you, I would say a breaking point will be reached soon. In action, it would be defined as when someone would go the inconvenient way of achieving a task to preserve their privacy.

The harsh truth is, surveillance capitalism is real, and it is rising. With FAAG (Facebook, Apple, Amazon & Google) either buying every company or eliminating them by copying their feature’s which remotely threaten them, they are centralizing all your data. Google recently acquired FitBit (a fitness tracker manufacturing company) only to have an anti-trust investigation launched against them with fears over Google misusing health data.

Fortunately, as times changed, people’s mindsets changed as well. They started realizing that the lives they live digitally have significance too. And those who still weren’t quite convinced, Facebook and Google ironically played a major role in persuading them their privacy is actually at stake by crossing the line far too many times. 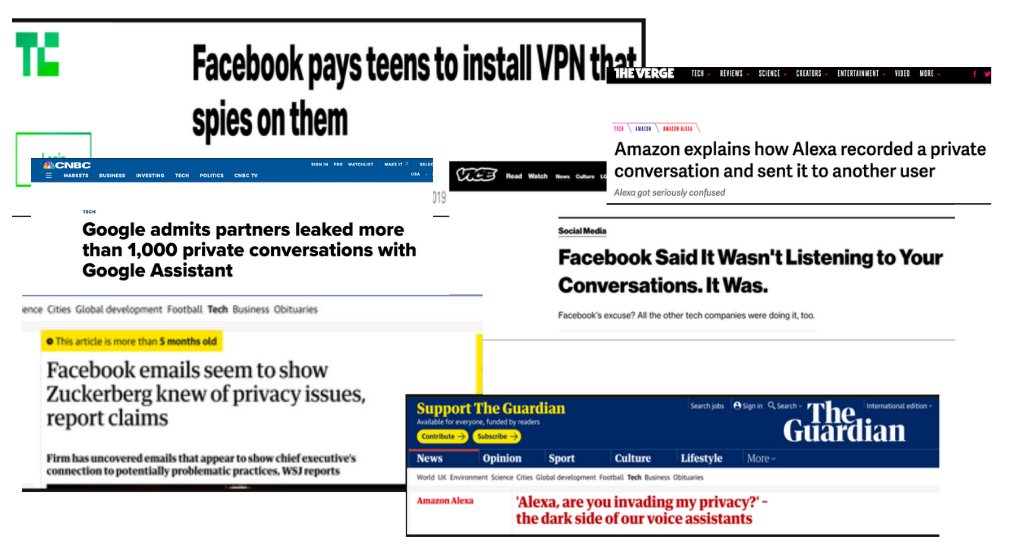 The question which arises is what can we do? Are we becoming too set in our ways or can we take back what should have always belonged to us, our privacy.

Why an eventual compromise is the answer

Going off the grid is impractical. Migrating away from an entire ecosystem is strenuous. The FAAG are here to stay.

An eventual compromise here means restricting yourself to use only a few services provided by those companies but only limited to that. A trade-off essentially and making your peace with it.

The bitter reality is that distancing yourself from these services comes at a greater cost of convenience. While there are some extremists who have taken those difficult steps, they also have to convince their friends and family as well to make the switch.

As much as you may disgust Facebook, you might still have to use WhatsApp because everyone else already does, it is more of a necessity now. Albeit, Signal is gaining some much deserved popularity recently, it is still miles away from WhatsApp’s market cap.

Ever thought of removing Google entirely from your life? It is nerve-racking.

This is where trade-offs and calculated risks come into place. Rather than going cold turkey on the services deeply rooted in our lives, we choose to be aware of what information do they have about us and the risks that they pose. We take a conscious call knowing how much and what kind of data are we sharing and what we are getting in exchange.

Everyone has a different framework when it comes to choosing the tool to use.

Some people value ease of use whilst others may value integrations with different software.

Some would value privacy over functionality, others may not.

Some prefer to go for self-hosted tools whereas a huge part of the population don’t even know what that means.

This depends on person to person and use case to use case, think one of your own.

While deciding, also keep in mind the privacy laws of your country (esp. Key disclosure law) and whether the service you are using is part of 5-9-14 eyes. If you think this is too extreme, you can just skim through the Privacy Policy and see whether you are comfortable with the data they are capturing and sharing with their third-party services.

The privacytools.io website could be your guide for this process.

I use Firefox because of its simplicity, care for user’s privacy, and Mozilla’s commitment to keeping the web an open platform. Feature-wise, Firefox is at par with other browsers and I have found it to be less RAM hungry than Chrome.

Since the dawn of the digital age, we have accumulated massive amount of data over the years. After all, we use multiple devices each of which have their own storage. But keep in mind that these are our private files and should be kept with a company that respects our privacy.

Behavioral changes you can make

When it comes to a certain behavior, our brains are hard-wired to do things subconsciously that we ourselves may not be aware of. Companies research and study this behavior, and do their best to exploit this.

Here are a few common things that you can start with:

If you are not paying for the product, then the gradual changes in your behavior & perception is the product

Our governments being slow at adopting technology could be a good thing. Thanks to Edward Snowden, we got a glimpse of what the US government was up to with the PRISM project. Sadly, the governments of the world doubled down. 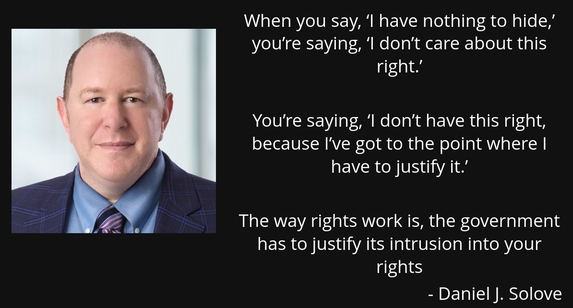 Unfortunately, the future could be much darker. You might want to turn an eye towards China.

China’s state surveillance has an eye on literally each and every move of its inhabitants, whether physical or digital. The state uses extensive data to allocate social scores, which can have a drastic impact on Chinese people’s life, including banning them from purchasing train or plane tickets, providing them with lower Internet speed, and denying them visas and loans.

This technology was also used to identify Hong Kong protesters in their fight for democracy and punish them.

New York Times published an article on how Law enforcement & Google worked together and used location data that Google collects to catch a killer, but ended up arresting an innocent person. Would you be willing to share your location with Google now, knowing that it can be used against you in the court of law even irrespective of the fact whether you’re guilty or not.

Should we prepare for a future where every action taken will be eternally watched and scrutinized? There must be a better way!